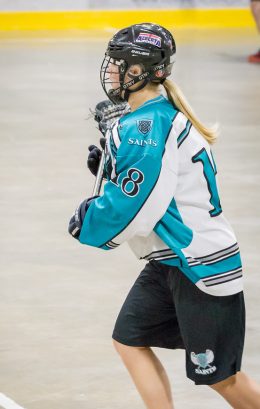 Player Ages: over 21 years of age in the current playing Season.

out of province players:

Must have an approved CLA Transfer before registering with an Alberta Club/Team.

For the upcoming Season, each Senior Women’s Franchise holds the Senior Women’s playing rights to each player on their previous Season final roster until the player is released, traded or not on their current roster as of May 1.

Each year prior to mid- February, the Senior Women’s Franchises will draft Graduating Juniors. Draft Process – All Graduating Junior Ladies will be divided into three groups dependent on where they played and live, North (Beaumont Bandits and Sherwood Park Titans) Central (Red Deer Rage) and South (Rocky View Attack and Calgary Cougars). In each Draft, the lowest team from the previous Season will have the first pick overall. After the first pick the Draft will continue in a “snake pattern” for the remaining Graduating Junior Ladies:

Since there is currently only a Senior Women’s Franchise in Central Alberta, players from Blackfalds, Innisfail, Kneehills, Lacoka, Olds, Red Deer, Stettler and Sylvan Lake Minor Lacrosse Associations will be drafted by the Red Deer Rage.

A Sr. Women’ Franchise may roster up to forty (40) players.