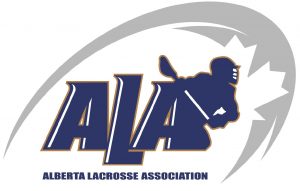 This year the RMLL AGM will be a Zoom Meeting.

Please RSVP for the AGM to christinethielen@hotmail.comby Friday November 6, 2020. Zoom details will be sent out Monday, November 9, 2020.

Division Planning Meetings will be held via teleconferencing calls and/or Zoom Meetings. Commissioners will be communicating the specifics for their respective Divisions.

Please remember as per RMLL Bylaw 9, if your Franchise Primary or Secondary Contact is unable to attend the AGM Zoom Meeting to send a request to Duane Bratt, RMLL President,  dbratt@mtroyal.ca  asking to be excused.

Open to all graduating Midgets, Junior and Senior players. Full equipment is required.

Please complete the registration form specifically for this event:
http://crudelacrosse.rampregistrations.com/

Players that haven’t filled out an “Intent to Play” for 2020 will need to pay an additional $30.25 to cover the ALA (Alberta Lacrosse Association) registration fee.

Changes have been made to:

32.10.2 Game sheets are to be completed prior to the game

32.10.3 All games requiring officials must complete games sheets in their entirety and signed off by all officials.

This is the update from the March 15 and April 9 communications regarding covid-19.

On April 23, 2020 Dr. Hinshaw, Alberta’s Chief Medical Officer, announced that the social distancing ban on gatherings of more than 15 people will be maintained throughout the summer. This was on the same day that the Calgary Stampede and Edmonton’s K-Days (as well as other large festivals) announced that they were cancelled for 2020. On April 24, 2020, the City of Calgary announced that its facilities would be remain closed until July 31 or longer. Other municipalities across Alberta, BC, Saskatchewan, and Manitoba have been making similar decisions.

In addition, on May 28, the Canadian Lacrosse Association cancelled all national championships for 2020.

As a consequence of these decisions from government and lacrosse governing authorities, the RMLL, in consultation with, and the agreement of all the divisions, regrettably is formally cancelling its 2020 season. While there was some hope that some type of modified schedule could be maintained for July-August, that is no longer an option.

The ALA discussed the issue of refunding of fees in their April 8 communication. For RMLL players/teams, there are three different types of fees:

The reason for withholding administrative fees is that the RMLL’s fiscal year is October-September. As a result, the RMLL has already incurred costs including the 2019 AGM and 2020 planning meetings and the graduating midgets combines in Edmonton and Calgary. The ALA is in a similar position and this was outlined in their April 8 communication.

Losing an entire RMLL season is something that none of us has likely thought about. Then again, few of us would have foreseen the near total disruption of life in general. This presents us all with a number of difficult challenges to navigate over the coming months. Among those is all of us working together to keep the momentum in our game and our league so we can build a successful comeback lacrosse season in 2021.